Lights on in Bad Ragaz!

It was inaugurated festively: The spectacle at the Tamina gorge near Bad Ragaz that will be transformed into the world’s largest screen for moving images every night for the next three months. Light Ragaz presents lights, animations, and 3D-effects than will be projected onto the structures and shapes of the rocks with millimeter precision thanks to cutting-edge technology. This projection will tell the spectators an interactive fairy tale. Visitors of Light Ragaz will awaken enormous stone spirits at their own will of touch the magic thermal water of the world-famous health resort during a 90 minutes’ walking tour.

250 invited guests had the honor to be present yesterday when the lights in Bad Ragaz shone for the first time.. Manageress Rosa-El. Ilmer war amazed: „Finally, the regular operation of Light Ragaz begins. We are extremely glad to welcome young and old from now on until the end of September. Light Ragaz is an inspiration for fans of modern technologies as well as for lovers of art and nature.“ Samuel Mösle, project leader location promotion of the Canton of St. Gallen, is fascinated by the world premiere on Swiss soil: “The amazed and enthusiastic reactions of the audience are a recognition of the intense pioneer work during the past months. Light Ragaz amazes the visitors and creates an experience like it has never been seen before”, he adds smilingly.

From now on until the end of September, 2017, reality and illusion merge every evening. Light Ragaz can be visited I all weathers on three walking tours until 9pm from Monday to Thursday and in four walking tours until 10pm from Friday to Sunday. Starting point is the Bad Ragaz post office. 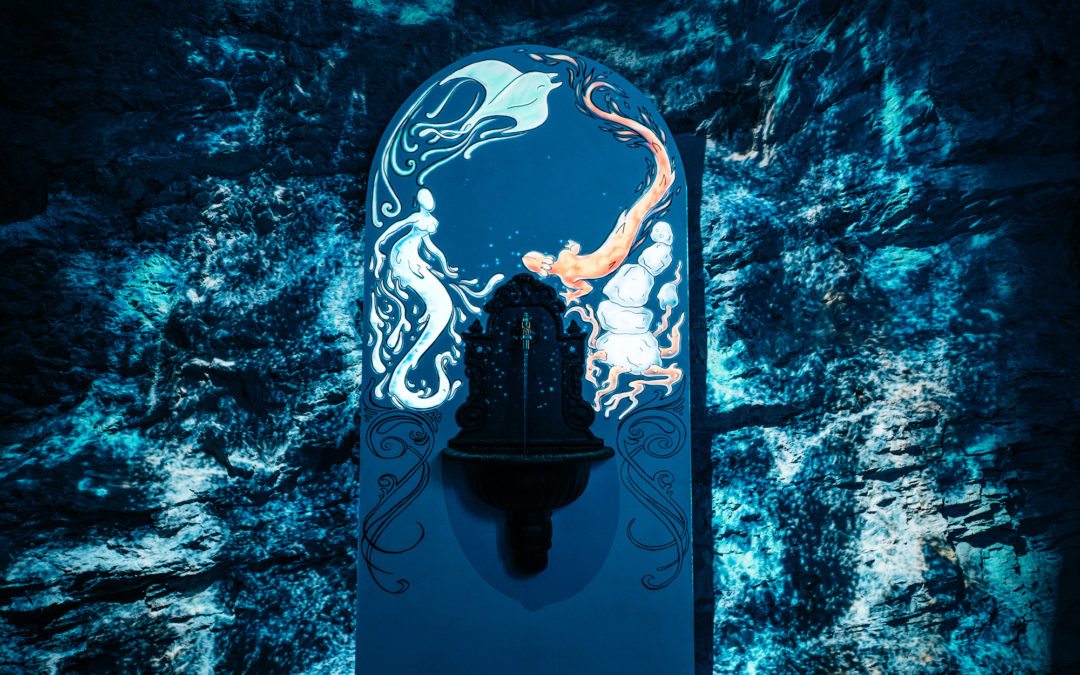